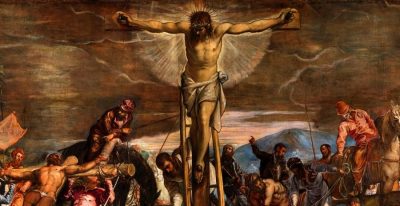 “ Some Greeks went to the festival “ Galilee had a large Greek colony. These Greeks would have been pagans but who worshipped the God of the Jews They want to see Jesus. Interestingly, the two apostles they approach have Greek names , not Hebrew, Philip and Andrew. They may also have been able to speak Greek .

“Now the hour has come “ A dramatic change. Up to now he says my hour has not yet come—i.e. his death and resurrection . Now he says it has come. Scholars believe it was because these people were pagans who were seeking him. He had come to save all mankind , Pagans and Jews alike—hence his hour had come now that pagans as well were seeking him
“ The Son of Man to be glorified “ The glory he would give to His Heavenly Father would be on the cross . This would be his glory as well
“ When a grain of wheat falls to the ground ,it dies –and yields a rich harvest “ By the death of a grain of wheat it produces many more grains. So Jesus is saying that his death will bring life to many, indeed to all mankind
“ Hates his life—will keep it for the eternal life “ “ Hate” here does not have its usual sense . It means we have to chose to follow Christ rather than the ways of this fallen world , the ways of sin. In other words, the preference is to follow Christ.

“ If a man serves me, he must follow me “ Meaning we have to carry the cross and join Jesus on it
“ What shall I say –Father save me from this hour “ the hour, i.e. his death and resurrection. It was for this he had come into the world and he accepts the Father’s will, as he does in the garden of Gethsemane .

“ A voice from heaven—I have glorified and will glorify it ” The name of the Father was glorified when Christ was born and when he died –Christmas and Holy Week/Easter. We hear the Father’s voice on three occasions—at his Baptism, Transfiguration on the mountain and now here .
“ The prince of this world is to be overthrown “ Satan, the prince of death, will be overcome by the Lord’s death and subsequent resurrection. John does not give us accounts of exorcisms , unlike the other gospels . Here is the great exorcism as described by John—the death of Christ conquers Satan, the prince of death.

“Lifted up—draw all men to myself “ He was to be lifted up twice—on the cross and at his resurrection’
1st Reading—Jeremiah ch. 31 vv. 31—34

The covenant is the marriage between God and his people. The old one had been broken by the people worshipping other gods. Now a new covenant is promised –written in their hearts for the forgiveness of their sins. The hallmark of the new covenant is that God’s law will be written on their hearts and they will get their sins forgiven. This is the only explicit reference in the Old Testament to a “ new covenant. “ The Lord at the Last Supper when he institutes the Eucharist will refer back to Jeremiah—” this is the New Covenant in my blood………shed for you…….so that sins may be forgiven “
This important reading from Jeremiah is given to us today as a preparation for celebrating Holy Week and the New Covenant in the body and blood of the Lord.