Notes on the Feast of Corpus Christi 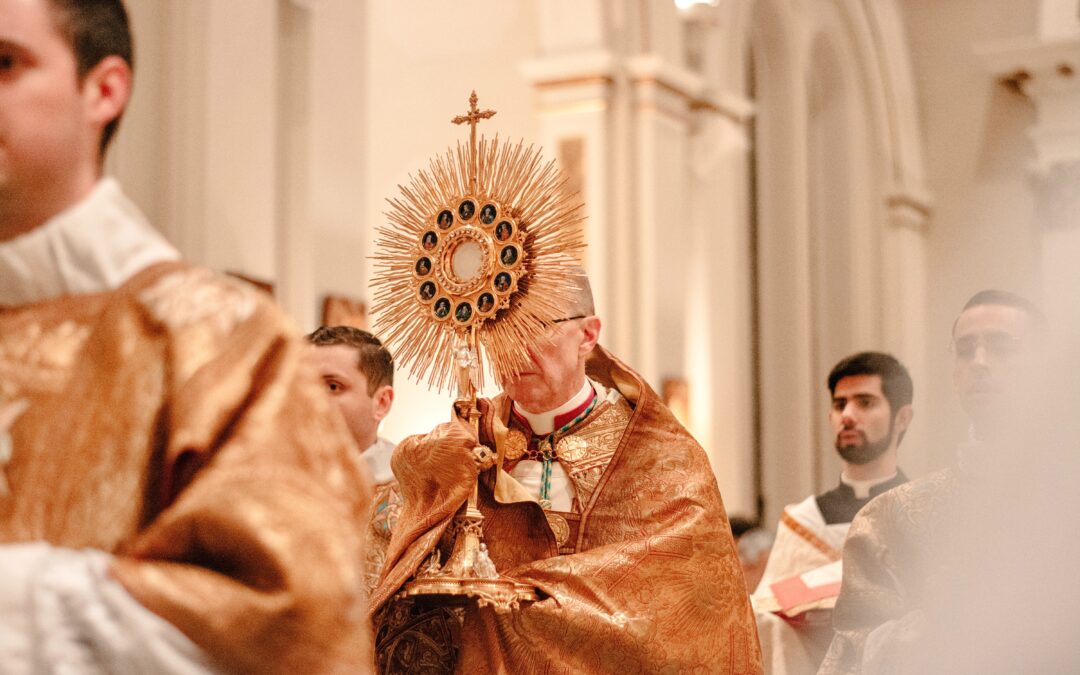 Notes on the Feast of Corpus Christi

“ Manna ” : Jews of the 1st century knew very well that the manna their forefathers ate was bread from heaven to keep them alive for 40 years. It was a miraculous food and stopped the very day they entered the promised land . The Lord promised that the bread he would give is his flesh and that those who eat of it will live for ever.

“ How can this man give us his flesh to eat ? “ His Jewish hearers believe he is teaching cannibalism. In reply, the Lord does not water down his teaching: If you do not eat the flesh of the Son of Man and drink his blood , you will not have life in you. 1st century Jews had a horror of blood and the idea of drinking it was unthinkable. Yet St Paul, a staunch Jew , says that the blessing-cup is a communion ( or sharing ) with the blood of Christ. He confirms the reality of the Lord’s teaching.

“ Not like the bread our ancestor ate : they are dead ” The miraculous bread kept the Hebrews alive until they reached the promised land. Eventually they all died.

“ Anyone who eats this bread will live for ever “ He promises that those who eat the bread He gives will have eternal life–i.e. this bread is nourishment for the eternal life first received at Baptism— food for the journey. Eating this bread is necessary to sustain eternal life that lasts for ever and leads his followers to the Father. It is tied to the promise of the resurrection.

“ This is my body given for you ; this cup is the new covenant in my blood poured out for you “ These are sacrificial words referring to his sacrifice on the cross and are very significant –it is because of them that we know his death on the cross was a sacrifice–without them , the death on the cross would be seen as a cruel, but routine, Roman execution. The Last Supper on Holy Thursday gives meaning to His death on Good Friday

“Do this in memory of me “ When a person dies, he leaves his possessions to his loved ones in a last will and testament. At his death Jesus had nothing, not even his clothes which had been taken from Him. In His last will and testament , He leaves us Himself in the Eucharist or Mass. How wonderful are the ways of the Lord. He never said write a book after I am gone; he said : “ Do this in memory of me “ The New testament is not a book, as is commonly believed, but the Body and Blood of Christ in the Eucharist or Mass. Every time we attend Mass we do so in memory of the Lord.

Hopefully, this will soon happen again